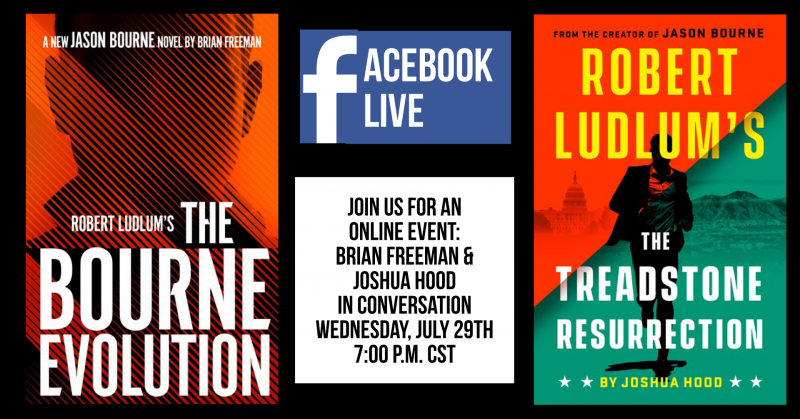 Brian Freeman is the bestselling author of more than twenty novels, including the Jonathan Stride and Frost Easton series. His Audible original, The Deep, Deep Snow, was #12 on the New York Times audio bestseller list. His novel Spilled Blood won the award for Best Hardcover Novel in the International Thriller Writers Awards, and his novel The Burying Place was a finalist for the same award. His debut novel, Immoral, won the Macavity Award and was a finalist for the Gold Dagger, Edgar, Anthony, and Barry Awards for Best First Novel. Freeman lives in Minnesota with his wife.

Joshua Hood is the author of Warning Order and Clear by Fire. He graduated from the University of Memphis before joining the military and spending five years in the 82nd Airborne Division. He was a team leader in the 3-504 Parachute Infantry Regiment in Iraq from 2005 to 2006, conducting combat operations in support of Operation Iraqi Freedom. From 2007 to 2008, Hood served as a squad leader with the 1-508th Parachute Infantry Regiment in Afghanistan for which he was decorated for valor in Operation Furious Pursuit. On his return to civilian life he became a sniper team leader on a full time SWAT team in Memphis, where he was awarded the lifesaving medal. Currently he works as the Director of Veteran Outreach for the American Warrior Initiative.

America's most enduring hero, Jason Bourne, returns in a propulsive, fresh story for the Bourne canon that tests old skills--and uncovers new ones.

Harrowing loss, psychological trauma, and a deadly mystery test the human will to survive in this electrifying novel from award-winning author Brian Freeman.

The first novel in an explosive new series inspired by Robert Ludlum's Bourne universe, The Treadstone Resurrection introduces an unforgettable hero and the shadowy world that forged him...

Treadstone made Jason Bourne an unstoppable force, but he's not the only one.