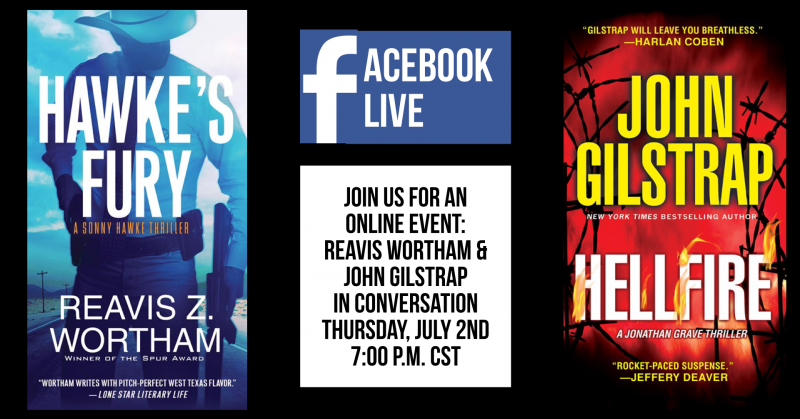 Reavis Z. Wortham is the critically acclaimed author of the Red River Mysteries set in rural Northeast Texas in the 1960s. As a boy, he hunted and fished the river bottoms near Chicota, the inspiration for the fictional location. He is also the author of a thriller series featuring Texas Ranger Sonny Hawke. He teaches writing at a wide variety of venues including local libraries and writers' conferences. Wortham has been a newspaper columnist and magazine writer since 1988, and has been the Humor Editor for Texas Fish and Game Magazine for the past twenty-two years. He and his wife, Shana, live in Northeast Texas. Check out his website at www.reaviszwortham.com.

John Gilstrap is the New York Times bestselling author of more than fourteen novels, including the acclaimed Jonathan Graves thrillers. Against All Enemies won the International Thriller Writers award for best paperback original. His books have been translated into more than 20 languages worldwide. An expert in explosives safety and a former firefighter, he holds a master's degree from the University of Southern California and a bachelor's degree from the College of William and Mary. He lives in Virginia. Learn more at his website, www.johngilstrap.com.

"An unpretentious gem written to the hilt and harrowing in its unpredictability."--Kirkus Reviews STARRED review

The first book in the Texas Red River Mystery series, The Rock Hole is the gripping story of a rural community shaken to its core by a killer, and the man who will stop at nothing to protect his own...