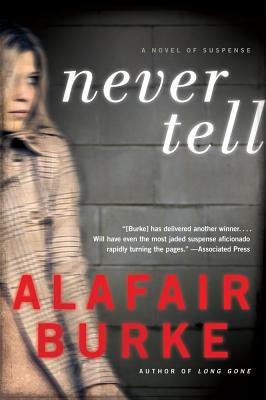 This is book number 4 in the Ellie Hatcher series.

This addictive thriller from acclaimed suspense writer Alafair Burke draws its details from the author’s own experiences as a criminal law professor and deputy district attorney, creating an exhilarating, true-to-life tale of crime and its consequences.

Sixteen-year-old Julia Whitmire appeared to have everything: a famous father, a luxurious Manhattan townhouse, a coveted spot at the elite Casden prep school.  When she is found dead in her bathtub, a handwritten suicide note left on her bed, her parents insists that their daughter would never take her own life.

Detective Ellie Hatcher will be forced to uncover the truth behind this apparent suicide, navigating Julia's intriguing connections to both New York’s wealthiest—and its most dispossessed.

“[Burke] has delivered another winner….Two seemingly different storylines converge in a shocking way, demonstrating Burke’s remarkable abilities as a writer….Hatcher is a complex character, and her journey both personally and professionally will have even the most jaded suspense aficionado rapidly turning the pages.”
— J A, Associated Press

“Burke has a good eye for the many faces of New York….Burke’s story is complex, but her pace is fast, her prose is crisp and her duplicitous characters ring true in the Darwinian world she creates.”
— P A, Washington Post

“Burke’s last book was a stand-alone, but in Never Tell she’s returned to the character her readers know best, the fierce and gutsy NYPD detective Ellie Hatcher - now investigating the apparent suicide of a privileged Manhattan teen.”
— Entertainment Weekly

“Once in a while, a book comes along and makes you sit up and notice. A supremely intelligent novel, masterfully created with a telling hand and unique voice, Never Tell is one of those books. Crime writing doesn’t get much better than this.”
— New York Journal of Books

“Never Tell is perhaps Burke’s most ambitious and complex novel to date, yet it’s also her most readable….will leave the reader thinking about this book long after the last page as been turned.”
— J H, Bookreporter.com

“One of Burke’s trademarks is connecting disparate plotlines, which she does here in spades….Skillfully structured…”
— M L, Booklist

“In Ellie, Burke has built a likable, flawed heroine….her plotting rarely disappoints. A smooth, compelling read that is proof positive that Burke continues to mature as a writer; this entry in the Ellie Hatcher series sings.”
— Kirkus Reviews

“Burke’s writing is brisk and sharp, and her glimpse into the world of Manhattan’s super-rich teenaged elite makes for a diverting read.”
— Portland Mercury

“In Never Tell, Alafair Burke keeps a tight hold on each of the many strings of a very complicated plot while also expanding the character of her protagonist, Ellie Hatcher.”
— The Examiner

“Burke’s sharp portrayal of characters, both recurring and otherwise, defies stereotype and predictability….Never Tell is perhaps Burke’s most ambitious and complex novel to date, yet it’s also her most readable….will leave the reader thinking about this book long after the last page as been turned.”
— J H, Bookreporter.com