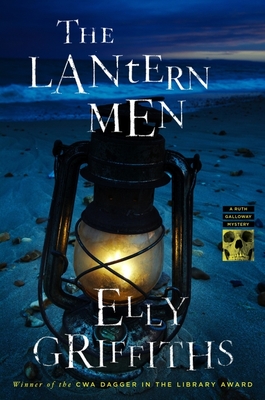 Forensic archaeologist Ruth Galloway changed her life—until a convicted killer tells her that four of his victims were never found, drawing her back to the place she left behind.

Everything has changed for Ruth Galloway. She has a new job, home, and partner, and she is no longer North Norfolk police’s resident forensic archaeologist. That is, until convicted murderer Ivor March offers to make DCI Nelson a deal. Nelson was always sure that March killed more women than he was charged with. Now March confirms this and offers to show Nelson where the other bodies are buried—but only if Ruth will do the digging.

Curious, but wary, Ruth agrees. March tells Ruth that he killed four more women and that their bodies are buried near a village bordering the fens, said to be haunted by the Lantern Men, mysterious figures holding lights that lure travelers to their deaths.

Is Ivor March himself a lantern man, luring Ruth back to Norfolk? What is his plan, and why is she so crucial to it? And are the killings really over?

ELLY GRIFFITHS is the author of the Ruth Galloway and Brighton mystery series, as well as the standalone novels The Stranger Diaries, winner of the Edgar Award for Best Novel, and The Postscript Murders. She is the recipient of the CWA Dagger in the Library Award and the Mary Higgins Clark Award. She lives in Brighton, England.

Longlisted for the Theakstons Crime Novel of the Year

“…takes the reader's breath away…. Once again expertly incorporating myth and folklore into the story—this time, it's the menacing Lantern Men, said to haunt the local fens and who may be responsible for the killings—Griffiths has delivered a perfect Halloween read.”—Booklist, STARRED

PRAISE FOR ELLY GRIFFITHS AND THE RUTH GALLOWAY SERIES

"Galloway is an everywoman, smart, successful and a little bit unsure of herself. Readers will look forward to learning more about her." —USA Today

"Elly Griffiths draws us all the way back to prehistoric times…Highly atmospheric." —The New York Times Book Review

"Forensic archeologist and academic Ruth Galloway is a captivating amateur sleuth-an inspired creation. I identified with her insecurities and struggles, and cheered her on. " —Louise Penny, author of the bestselling Armand Gamache series

"These books are must-reads." —Deborah Crombie, author of the Duncan Kincaid/Gemma James series

"Rich in atmosphere and history and blessed by [Griffith's] continuing development of brilliant, feisty, independent Ruth...A Room Full of Bones, like its predecessors, works its magic on the reader's imagination." —Richmond Times-Dispatch

"Lovers of well-written and intelligent traditional mysteries will welcome [Griffith's] fourth book…A Room Full of Bones is a clever blend of history and mystery with more than enough forensic details to attract the more attentive reader." —Denver Post