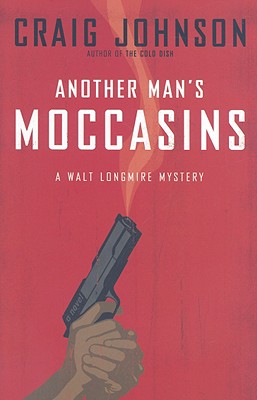 Walt Longmire unravels a mystery that connects two murders across forty years
When the body of a young Vietnamese woman is found alongside the interstate in Absaroka County, Wyoming, Sherriff Walt Longmire is determined to discover the identity of the victim and is forced to confront the horrible similarities of this murder to that of his first homicide investigation as a marine in Vietnam.
To complicate matters, Virgil White Buffalo, a homeless Crow Indian, is found living in a nearby culvert and in possession of the young woman's purse. There are only two problems with what appears to be an open-and-shut case. One, the sheriff doesn't think Virgil White Buffalo?a Vietnam vet with a troubling past?is a murderer. And two, the photo that is found in the woman's purse looks hauntingly familiar to Walt.
In the fourth book in Craig Johnson's awardwinning Walt Longmire series, the tough yet tender sheriff solves two murders tied in blood but separated by nearly forty years.

Craig Johnson has a background in law enforcement and education. He lives in Ucross, Wyoming, population 25.