The One Man: The Riveting and Intense Bestselling WWII Thriller (Mass Market) 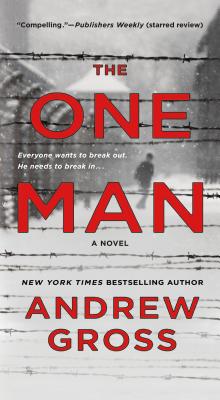 FROM NEW YORK TIMES BESTSELLING AUTHOR ANDREW GROSS COMES A RIVETING, EMOTIONAL THRILLER THAT NO FAN OF WORLD WAR II FICTION WILL WANT TO MISS…
American Intelligence lieutenant Nathan Blum routinely decodes messages from occupied Poland. Having escaped the Krakow ghetto as a teenager, Nathan longs to do more for his new country in the war. But never did he expect the proposal he receives: to sneak into the most guarded place on Earth—the notorious Nazi concentration camp at Auschwitz—to find and escape with renowned physicist Alfred Mendl, the one man whom the Allies believe can help them win the war.