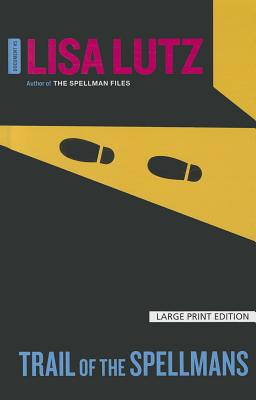 The long awaited fifth installment in the "New York Times" bestselling, Edgar- and Macavity-nominated series about an eccentric sleuthing family.

For the first time in Spellman history, Isabel Spellman, PI, might be the most normal member of her family. As always, the Spellman clan has yet to settle into any kind of status quo. Mom, Olivia, has taken on an outrageous assortment of extracurricular activities, seemingly without motive. Dad, Albert, has a secret. Her brother and sister, David and Rae, are at war, but neither will reveal the source of the conflict. And Izzy's niece, Sydney, keeps saying banana even though she hates bananas. That's not to say that Izzy isn't without her own troubles. Henry Stone keeps wanting "to talk," a prospect Isabel evades by going out with her new drinking buddy, none other than Gertrude Stone, Henry's mother. While domestic disturbances abound, there is one source of sanity in the Spellman household: Demetrius Merriweather, now employee of the month for 18 months straight (the entire tenure of his employment).

Things aren't any simpler on the business side of Spellman Investigations. First, parents hire the firm to follow their daughter. Rae is assigned the case, only to fake the surveillance reports. Then a math professor hires Izzy to watch his immaculate apartment while he unravels like a bad formula. A socialite has Isabel follow her husband, despite a conspicuous lack of suspicion. A man in a sweater vest hires the firm to follow his sister, who turns out to be the socialite. Isabel wants to get to the bottom of all this, but her father erects a Chinese wall to protect the clients' wishes. As the questions pile up, Izzy won't stop hunting for the answers-even when they threaten to shatter both the business and the family.

Once again, it's up to her to pull the Spellmans back from the brink.