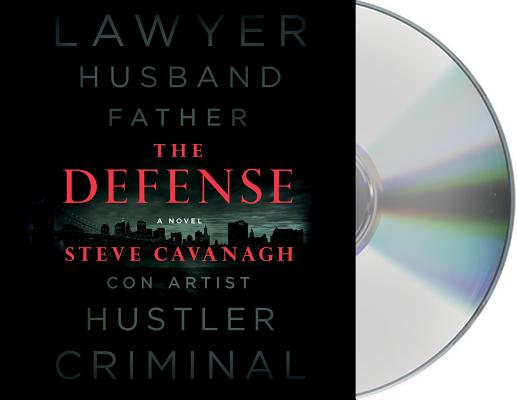 This is book number 1 in the Eddie Flynn series.

"If you're a fan of John Grisham, Scott Turow, and Brad Meltzer, then you will be a fan of Steve Cavanagh's The Defense." —Nelson DeMille, #1 New York Times bestselling author of Radiant Angel

Eddie Flynn used to be a con artist. Then he became a lawyer. Turns out the two aren't that different.

In The Defense, former con artist turned lawyer Eddie Flynn gave up the law a year ago after a disastrous case, and he vowed never to step foot in a courtroom again. But now he doesn't have a choice. The head of the Russian mob in New York City, on trial for murder, has kidnapped Eddie's ten-year-old daughter: Eddie has to take this case whether he likes it or not.

Using his razor-sharp wit and every con, bluff, grift, and trick in the book, Eddie has only forty-eight hours to defend an impossible murder trial. And if he loses this case, he loses everything.

“This audiobook goes from zero to ninety out of the box and doesn't flag until The End, so fasten your seat belt...Adam Sims gives a bravura performance so at one with the text that you hardly notice he's there beside you on the edge of your seat.”--AudioFile.com

“This debut is in the vein of Grisham, Turow, and Margolin, [Cavanagh] has created a fascinating character and is skilled in describing the chess moves that go on during the trial. Narrator Adam Sims does a superb job of keeping the story flowing.”--Library Journal