Shattered: The True Story of a Mother's Love, a Husband's Betrayal, and a Cold-Blooded Texas Murder (Compact Disc) 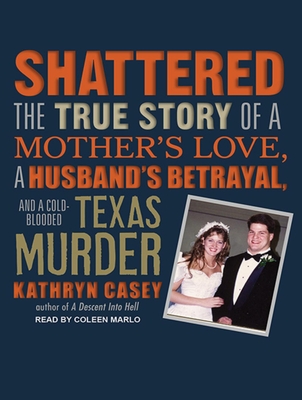 "AudioFile" Earphones Award winner Coleen Marlo has been nominated three times for an Audie Award, winning for "Snakewoman of Little Egypt" by Robert Hellenga. She has also been awarded three Listen-Up Awards from "Publishers Weekly," and "Publishers Weekly" named Coleen Audiobook Reader of the Year for 2010.