Shattered: The True Story of a Mother's Love, a Husband's Betrayal, and a Cold-Blooded Texas Murder (MP3 CD) 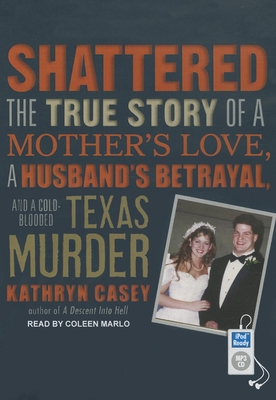 By Kathryn Casey, Coleen Marlo (Narrated by)
$29.99
Hard to Find

Coleen Marlo is an accomplished actor and multi-award-winning audiobook voice artist and producer. In 2010 she was named Audiobook Narrator of the Year by "Publishers Weekly," and she won the Audie Award for Literary Fiction in 2011. She has won numerous "Publishers Weekly" Listen-Up Awards and is an "AudioFile" Earphones Award winner.