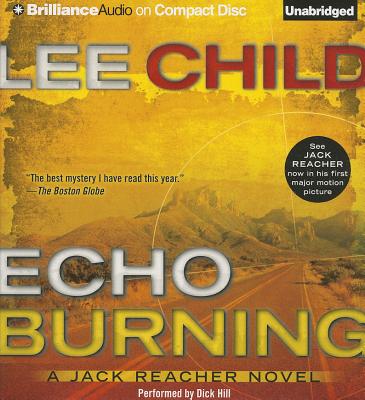 This is book number 5 in the Jack Reacher Novels series.

"The best thriller writer of the moment." -- The New York Times "Child is a master of the thriller genre." -- Times Union (Albany, NY) "All Jack Reacher novels] are ripping yarns." -- Stephen King, Entertainment Weekly Thumbing across the scorched Texas desert, Jack Reacher has nowhere to go and all the time in the world to get there. Cruising the same stretch of two-lane blacktop is Carmen Greer. For Reacher, the lift comes with a hitch. Carmen's got a story to tell, and it's a wild one -- all about her husband, her family secrets, and a hometown that's purely gothic. She's also got a plan. Reacher's part of it. And before the sun sets, this ride could cost them both their lives. "As sweltering as the El Paso sun... Bottom line: jalapeno-hot suspense." -- People " A] seamless, rip-roaring thriller." -- Rocky Mountain News "Child...build s] the suspense to almost unbearable levels." -- St. Louis Post-Dispatch.