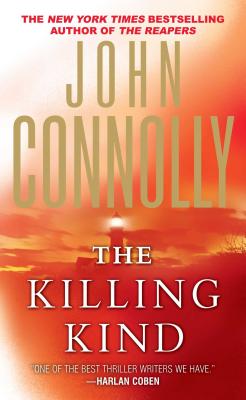 This is book number 3 in the Charlie Parker series.

His two previous novels, Every Dead Thing and Dark Hollow, were international bestsellers. Now the "compulsively readable" (Publishers Weekly) John Connolly confirms his position as one of our leading crime novelists with a story of superb menace and style.
The body of Grace Peltier, a brilliant Ph.D. candidate, is found in the front seat of her car on a back road in northern Maine. No one wants to believe it was suicide -- not her father, not former U.S. senator Jack Mercier, and not private detective Charlie Parker, who has been hired to investigate the young woman's untimely death.
But when a mass grave is accidentally discovered nearby, revealing the grim truth behind the disappearance of a religious community known as the Aroostook Baptists, Parker realizes that their deaths and the violent passing of Grace Peltier are part of the same mystery, one that has its roots in her family history and in the origins of the shadowy organization known as the Fellowship. Soon Parker is drawn into the dark world of this zealous religious group that has already consumed every person who has dared confront it. When a relic is discovered, one capable of linking the Fellowship to the slaughter of the Aroostook Baptists, Parker is forced into violent conflict with the Fellowship and its enigmatic leader. Haunted by the ghost of a small boy and tormented by the demonic killer known as Mr. Pudd, Parker is forced to fight for his lover, his friends...and his very soul.
"This is a honeycomb world. It hides a hollow heart," writes John Connolly. In The Killing Kind, he has once again created a world of love and hate, of tenderness and violence. Hailed by critics as "one of the best of the genre" (Toronto Sun), his intense, poetic prose and his terrifying clan of characters are sure to thrill even the most discerning suspense reader.