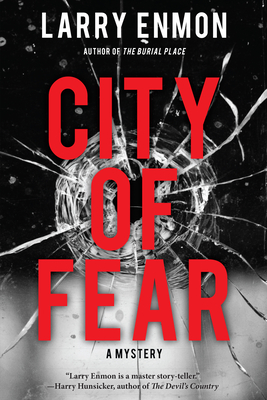 This is book number 2 in the A Rob Soliz and Frank Pierce Mystery series.

Someone’s taking out drug lords left and right in Dallas. But this can only mean there’s a bigger threat out there.

The unexpected killing of Dallas drug king-pin Ricardo Salazar sets everyone on edge. A New York crime family is up in arms about the loss of a major narcotics supplier. The Dallas Police dread the ensuing gang war but Detectives Rob Soliz and Frank Pierce were on the scene at the time of the shooting. Frank saw a mysterious red-haired woman enter Ricardo’s just moment before the shooting, but she was never seen leaving. Instead, all they found inside the house was a dead man and a voodoo doll at his feet.

Rob and Frank search for the red-head. She is the key to unraveling the crime. But finding her only presents more questions than answers. Frank knows she’s not being honest but can’t prove a direct connection to the murder. As the gang war heats up, the body count rises, and innocent citizens are caught in the crossfire. Political pressure mounts, and New York sends an enforcer to settle the Ricardo score. Now, Rob and Frank may be Dallas’s only hope, but how do you fight something that only exists in myth?

Larry Enmon worked for the Houston Police Department for six years before joining the Secret Service. During his Secret Service career he acted as liaison between the USSS and FBI, working in the Joint Terrorism Task Force. He received special training from the FBI and CIA in weapons of mass destruction. He lives in Tarrant County, TX, and likes to spend time at his ranch in rural Eastern Texas.

Praise for City of Fear:
"[An] entertaining sequel...Enmon, a veteran of the Houston PD, brings authenticity to this solid police procedural."
—Publishers Weekly

Praise for The Burial Place:
“One of the more impressive mystery debuts of recent memory...Enmon’s on-the-mark pacing and rough but good-natured repartee between the two protagonists make it a non-stop read that hopefully will herald the beginning of a long-running series.”
—Bookreporter

“Larry Enmon is a master story-teller. The Burial Place is a page-turner, great characters and a story that never quits. Do yourself a favor—read this book now!”
—Harry Hunsicker, former executive vice president of the Mystery Writers of America and the author of The Devil’s Country

“The Burial Place crackles with narrative energy that keeps the pages turning. Larry Enmon has made superb use of his first-hand knowledge of police work, crafting an engaging story that is impossible to put down.”
—Rick Mofina, USA Today bestselling author of Last Seen

“The Burial Place is a taut, pulse-pounding thriller, drawing the reader relentlessly from its heart-stopping opening to an unforgettably chilling finale.”
—Andrew Grant, author of False Witness