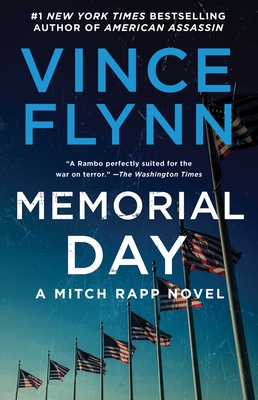 This is book number 7 in the A Mitch Rapp Novel series.

When the CIA receives word about an upcoming terrorist attack, they immediately look towards their superagent Mitch Rapp to do whatever it takes to protect American lives in this “page-flipping extravaganza” (Publishers Weekly) from the #1 New York Times bestselling author Vince Flynn.

Just as Washington, DC, prepares for a grand Memorial Day tribute to the veterans of World War II, the CIA receives intelligence about a potential major terrorist attack. Racing to Afghanistan, Mitch Rapp leads a commando raid on an Al-Qaeda stronghold in a remote border village—and defuses plans for a nuclear strike on the nation’s capital. But Rapp knows, in the face of a new kind of enemy, nothing is what it seems—and it’s up to him alone to avert a disaster of unimaginable proportions.